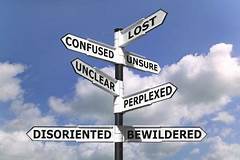 As I write this our world turns upside down. The wildfires just endured by many U.S. states were horrendous. Here in Oregon our skies were labelled, briefly, the worst air quality in the world. No small feet when you think of cities and countries known for the pollution haze they create. Just more proof that climate change is real, and growing.

Interestingly enough, the rest of the world is currently experiencing the stress of uncertainty that those of us caught in these stings, and every person required to register as a sex offender, goes through on a regular basis. It’s easy to find articles on the depression and fear currently experienced at a global scale, yet no one cares when that level of stress is assigned for life to a specific group of people who may, or may not be, guilty of a huge range of crimes – many of them minor, many created in the minds of our government sanctioned law enforcement.

We just lost one of the greatest minds and most powerful advocates for common sense laws. The great RBG arguably did more to take us from a male dominated society to a gender inclusive, civil minded nation than any other in history. While looking her up today for this post I read how republicans like to twist what she did for us all.

It appalls me when someone so very great of character is misaligned in our country. It’s easy to see how they get away with ruining our simple lives when they are able to publicly twist RBG’s words. And as we all know, once something is said – some idiots think it’s true. Just like they blindly believe police who clearly have ulterior motives for their entrapment scams.

Investigating how this misunderstanding started took me to a proposed bill in 1973 which the great RBG took exception to. The bill (s.1400 in congress) was the Criminal Code Reform Act – made to define felonies. In it’s wording, at that time, was reference to rape, as a felony, and what conditions were required to legally create the felony rating.

At the crux of the truth is that Ruth took a piece of already written code referring explicity to a MAN raping a WOMAN and changed it to a person raping another person – gender nuetral – which was her great cause in life. She did not write the passage, she altered the pronouns.

In fact, the original author was Senator Roman L. Hruska from Nebraska. A Republican.

For those of you who don’t know – Jace won his appeal. His conviction was reversed. At this time we await word if Jace will be retried for his supposed crime.

Uncertainty is everywhere right now. Jobs, Schools, Social events, life in general seems to be at a huge stand still for this ‘lost year’. Now we’re adding in the election, which is gonna get really ugly fast, and the race for Trump to fill the Supreme Court seat.

We will forever feel the loss of the Great Ruth Bader Ginsburg. She was the embodiment of rational law. Our true legal ‘North star’. Rest in peace.