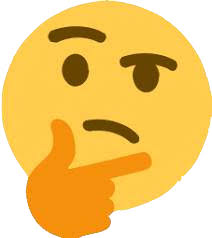 I was recently at a pro active sting trial. I was listening to a specifically difficult testimony given by Detective Carlos “god told me to save the children” Rodriguez.

The lawyer for the defense, an outgunned but capable, compassionate man, interrogated God’s personal Detective about the statistics and numbers being thrown around willy nilly. Per this detective, only about 7% of those caught in proactive stings have child pornography on their cell phone. The lawyer on the side of light and truth was questioning how many of the cell phones from these stings are actually searched.

I also received a comment on my blog asking if having child pornography is normal for those looking for children. You know, I’m not arrogant enough to know, quote, or make up ‘actual’ statistics on these things. What I do know is if you are thinking of doing something illegal, it is controlling your life. If you are looking to purposely have sex with a child – there are obvious signs in your life.

After jace was arrested I RAN to his computer and tablet. In a haze I searched it all. On the stand my son explained his sexual ‘turn ons’. On his PC, tablet, and phone were plenty of pictures of women – mature, even full bodied.