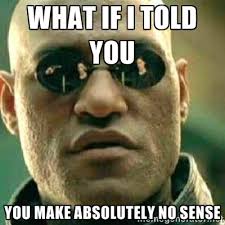 Not then, Not now, Not ever

There are a lot of things, in Jace case, that just don’t make any sense.

Like many ensnared in one of these proactive stings Jace was looking for a consensual adult with whom to hook up, and maybe a relationship…. While the police officers were trying to lead Jace into writing exactly what it is they needed to read in order to be able to twist Jace intent into something it wasn’t – there were a lot of clues that Jace was looking for a woman.

Jace did not have any contact with a child during this incident either – there was no child. And Jace repeated, OVER AND OVER, that if he had met a child at the door he would have turned away. So, nothing happened at the incident time above stupidity to verify if the other person was adult or child.

And then at sentencing, the lawyer, and judge both stated that they do not believe Jace will ever do something as foolish as go to see if the woman he is trying to hook up really is a minor or not. They knew he had learned his lesson about this.

So there were no kids before, no kids during, and no worry about kids after.

Yet Jace was sentenced to prison time. When a judge concedes that the ‘perpetrator’ is not a risk to anyone….exactly what could be the reason to put that young man in prison? And what possible good could it do ANYONE to put such a persons name on the sex offender registries?

Except those who make a buck off of it!