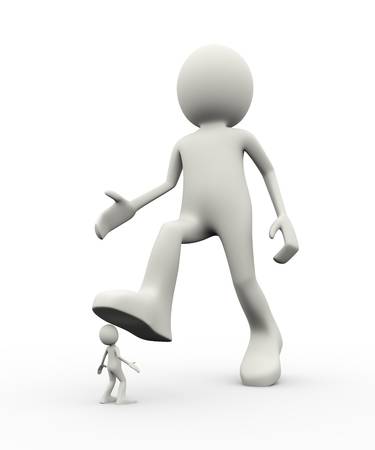 Members of minority groups are often stereotyped as representing a danger to the majority’s most vulnerable members. Remarkable to those with any level of measurable tolerance, white supremacy groups still exist, and are flourishing, in the US. There’s even a congressman from Iowa talking that hate.

Jews in the Middle Ages were accused of murdering Christian babies in ritual sacrifices.

Black men in the United States were often lynched after being falsely accused of raping White women.

All native americans were “Savages”, even those from peaceful tribes.

Today, Native Americans are more likely to be killed by police than people of any other race.

Fear is instinctual. And we all fear what we don’t know. But we all know this now – how our base needs and instincts have kept us alive since neanderthal days.

We are no longer stuck in the fight or flight conundrum. Yet we cling to it as if our very lives depend upon it.

So why is it that we vilify others? Why do we create stereotypes and persecute them? What function does this fill? A label, in this country, can make or break a persons life.

Don’t you think a person’s life is more important than a label? Don’t you feel if you are going to annihilate a person’s life, pull apart their family, destroy everything they have built, worked for, created – that there should be a pretty high standard to meet? Something more than a mere conversation?

“There are two primary choices in life:

to accept conditions as they exist,

or accept the responsibility for changing them.”

3 thoughts on “A wasted life”